1 Corinthians 15:58 - "So, my dear brothers and sisters, be strong and immovable. Always work enthusiastically for the Lord, for you know that nothing you do for the Lord is ever useless."

THE JOURNEY SO FAR

About 20 years ago, I started doing an education and drama double BA honours at university but after my first year, I switched to film only - especially inspired by "Dead Man Walking" in the cinema and the way it looked at law versus grace. Film struck me as a way to reach lots of people at once. This film in particular was also a good conversation piece... It was the first time the university offered an only-film course too and through all my degree, I was fully supported by my parents to do this.
A year or so later, a bloke at church called "Hugh" gave me a prophetic dream about my life while I was doing a film degree in Wales (fully supported by my parents). It had several Bible verses (Revelation 3:8, 2 Corinthians 10:3-5, Jeremiah 1:4-8 & 29:11-14, Proverbs 31:10-31) and a few mountains which each represented a part of my life such as university, and one of the later mountains represented a future in film.
It also included the name "Heaven Bound Kingdom Studios" which was scribbled down on a church bulletin and made no sense to me -because there was no hyphen between the word "Heaven" and the word "Bound." It never made any sense to me until after 2006! It just needed a hyphen! I guess I take grammar pretty seriously.
I even lost interest in film for several years.
I think I had to grow personally and spiritually first before growing in terms of filmmaking experience. 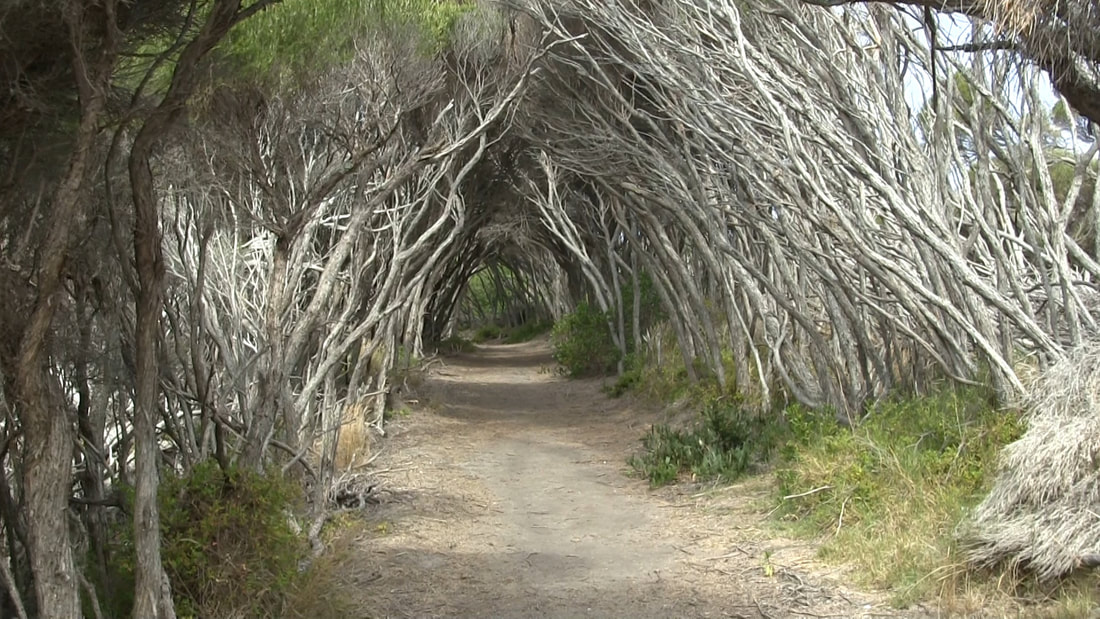 I started looking at the Bible and, with a background in theatre history realised somewhat depressingly that there is no theatre in the Bible. When Paul visits Athens, the Western origin of theatre, it is loaded with idolatry. Similarly in the East, theatre had grown out of pagan belief systems.

Then one day, it occured to me that while the Bible does not have plays as such - it does have dreams and visions and, in a sense a film is a bit like that. Jesus tells stories to make a point too.
Still feeling inadequate, I started to think - ok, I'll make movies, if God sends me a script (by angel delivery) to my door and then supplies all the crew to help. I could not afford the equipment at that time for starters.
Once when I had the choice between spending some gift money on a camera or a private Christian school for my son - I chose education.

Then one day, I received a teaching job - and they needed someone to teach film. I relocated and teaching film made me remember how fun it was. I was encouraged to get a camera and did so. (Funnily enough a script-writer for film did show up at my doorstep one day... but that's another story...).

I first entered a five minute Christian film festival that the school's scripture teacher told me about... with a pathetic little piece that went nowhere fast. Never mind. I entered another one - a bit better.

I Am Not Alone was a seven minute short that became an official selection at a Sydney Sci-fi festival. I was the only single lady doing all editing, animating, camera, lighting and sound recording. The other teams had more than one guy for different crew-related jobs - except for one guy who entered with an animation-only piece. I was experimenting with combining animation with live action - a forerunner to The Rock - and I was very inspired by "The Life of Pi" as far as experimenting with more interesting shot transitions.

I was part of four short films that won first place at local festivals - two created through school and two with a Bible study group that had for a time morphed into a filmmaking group (although the content was not necessarily Christian). This was wonderful for building confidence and the group ("H4 Productions") reinvested some winnings into new equipment - and party food!

At the same time, I was also working on features because I'd read that I'd speed my learning curve if I made something really long. I read that short films were good if your goal was to make adverts - but make features if you want to make movies - and start with two as practise before seeking to go commercial. Key? and 1010 were both films where I was especially concerned with improving specific skills. Both of them were once freely available on youtube at different times. The Rock represents the first film released commercially, sold through Koorong - an Australian Christian distributor.

What do I do best? What do I enjoy most?  I'm trying to find that out!  I also met a wonderful mentor at church who gave me excellent feedback in detail from the first pathetic attempt and onwards... She never lets me settle but keeps suggesting how I can improve; I love that.

These films are inspired by or incorporate Bible verses because God's word is the sword of the spirit (Ephesians 6:17) and His word will not return void. (Isaiah 55:11)   God's word is "quick, and powerful, and sharper than any two edged sword, piercing even to the dividing asunder of soul and spirit, and of the joints and marrow, and is a discerner of the thoughts and intents of the heart. (Hebrews 4:12).   I once heard a testimony about someone who was saved reading just half of John 3:16 - therefore my goal is generally to stick scripture in somewhere - even if only in the credits!

God's word is more effective than anything I can do or say or be. Sometimes it underpins the tone. One reason I have wanted to attempt comedy - the Bible says laughter is good medicine in Proverbs!

"The Odds ARE AGAINST ME"

There are websites hosting reams of free videos and hundreds of film festivals that begin to cater for ages as young as as primary school... and many applicants who never get anywhere or give up. It makes it harder to imagine making films full time and get paid for it.

An independent film marketing book that discussed competition was almost enough to make me lose heart. I'd already met a motivated script-writer turned film-maker who'd quit trying for a time because it is hard.
Yet, a few years ago I knew a young teen in a small town who wanted to be an actress and a model but she too, became disheartened by the thought of it being impossible. I quietly agreed. She was far from any major city, nor did she have any connections.

That very night, I had dinner with a new friend whose visiting mother just happened to have once run a modelling agency in New York - and now worked as a make-up artist in Hollywood movies, travelling globally for various projects. It was the last place I'd expect to meet a "connection."

So the lesson for me was - God is the BEST contact we can have. He can arrange things but it will be in HIS time. We have to get our eyes off the insurmountable odds and keep our eyes on the Creator! I still forget this lesson...

But what point is there in any of this if it isn't drawing us closer to God and to His love? Honestly, I've had days where unless I pray - I lack motivation to do even this thing I love. I think that's a good thing; I think that means I still love and need God more.

It also makes sense - I expected it to get harder. Ephesians 6:12 tells us why and Ephesians 6:18 (as well as other verses) says keep on praying...

The Rock became my first film to be rated officially with the Australian government and secondly with the Christian American Dove Foundation overseas - because they have stricter standards than government ratings. It is also the first film I aimed to make commercially available or seek reviews for.